Mr. Perdue was a four-sport athlete at Ridgewood High School. He was an all-state running back and co-captain of the football team in his senior year. The Maroons went 6-3 that year. In addition to his being a star running back, Walt also played defensive back. 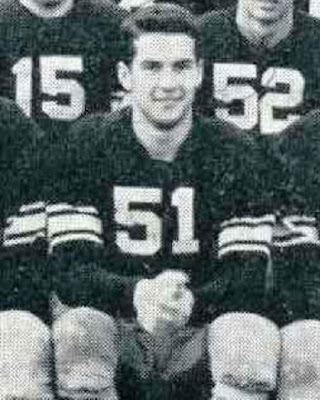 Capping quite an impressive high school career Walt accounted for 207 of the total 302 yards Ridgewood gained on Thanksgiving Day in his senior year when Ridgewood trounced rival Fair Lawn 32-6.

Walt also played basketball for 3 years, lettered in track twice and lettered in baseball. He was awarded the RHS Award for Excellence in Athletics in 1949.

For his athletic efforts, Walt was offered several scholarships. He served timed in the Marine Corps and attended college at Lehigh playing football there.

In 1960, Walter went into the sporting goods business in Ridgewood - "Perdue's Sport Shop" and a few years later purchased the famous 1931 Woody - you always knew where he was!!

I tried finding a photo but had no luck! So I thought I'd add a familiar memory (though its not the original Perdue woody!) 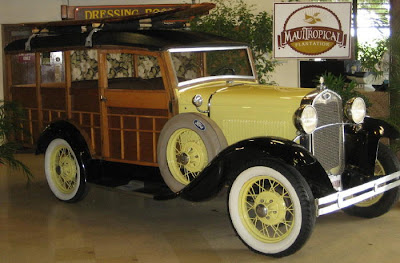 Posted by Rick Flannery at 8:35 PM