1964-65 - our 4th grade school year. The Beatles were as hot as anything. The Mercury space program would give way to the Gemni program and be even more exciting with docking and space walks. As kids we would build model rockets, build space mobiles and save Life magazines featuring space exploits. 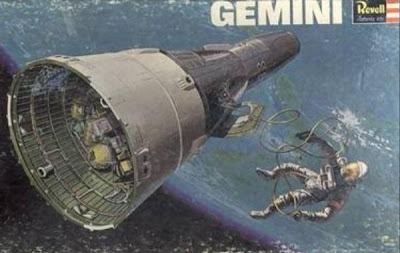 Above photo, the Gemini space program would set up the moonlanding for the Apollo program and launch its first mission in the spring of 1964.

The Yankees would lose the World Series in 7 games to the Cardinals that fall and wouldn't win another pennant for 12 years.

The New York World's Fair would be around for 2 years (1964-65). Vietnam would start to become a nightmare and protests would start becoming big news at college campuses - 800 students were arrested at the University of California after storming the administration building there. 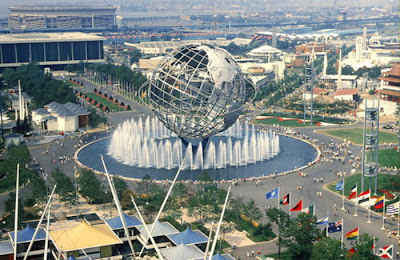 The Ford Motor Company would introduce its first Mustang that year. It was a school year that had as much pop culture as it did current events. 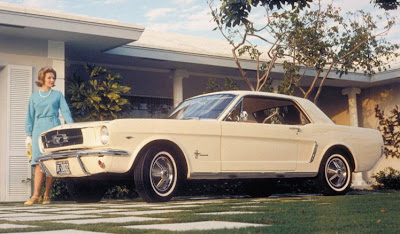 The hot new Mustang - women liked them as much as the guys did!

The Beatles, The Rolling Stones, The Animals, The Beach Boys, The 4 Seasons & The Kinks would be among tons of other groups that would dominate the airwaves and our record collections. Both boys and girls would collect Beatle cards, Beatle books, Beatle clothes....Beatle everything! 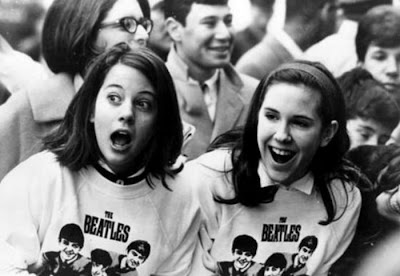 Beatlemania would hit the USA hard! After JFK died, it was a welcome release!

As we always did at Glen School, we had 2 of every grade. My 4th grade teacher was Pat Prescott and the other was ? For some reason I was not present when our class photo was taken - probably out sick! How disappointed was I when I saw the photo of our class only to find myself not there - bummer!

Our classroom was located across the hall from the library. 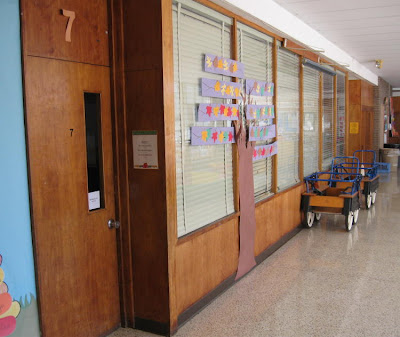 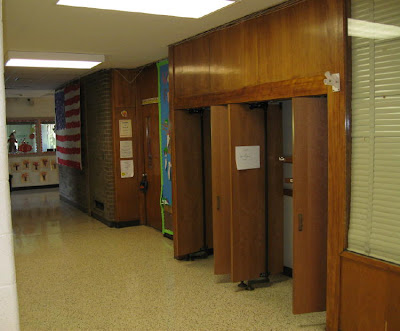 Our cloakroom - in the winter how did we fit everything?! There were 31 of us just in Prescott's class alone!!!!

Pat Prescott is remembered as one of those classic Glen School teachers - I always thought she was nice - she was one of the original Glen teachers when the school opened.

She always corrected us when we tripped up on our words or when we used words incorrectly - she'd make you repeat your sentences and try desperately to get you to stop using the word "um" between your words as you stood there talking before the class - a nervous wreck only causing you to use it even more!

She was big on us giving presentations in front of the class whether it was to talk about our work or simply to give "show and tells" - how I dreaded when it was my turn although when you did a "show and tell" it was a cool way to share a hobby or collection of yours with your classmates. I recall John Petrik sharing with us an extraordinary storyboarded cartoon he created! Prescott was tremendously impressed with his imagination and talent as were we all!

I thought she was a fair and patient teacher. 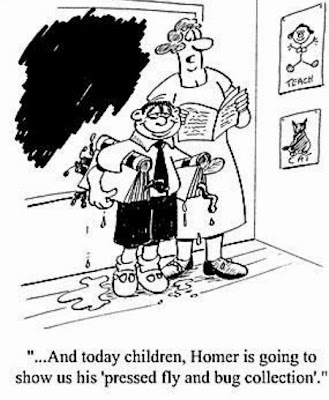 Getting promoted to 4th grade meant moving over to the black-top side of the school - the kickball side. It was a more mature part of the school and we were becoming the older kids!

Ann Rimmer would join us that year (1964) - a little late due to illness but she fit in fast! Everybody liked her and she became fast friends with all the girls and would quickly become a guy favorite. Others joining us that year would include Maryann and Martin Vaz (twins), Tommy Skinner, Wayne Bond, Susan Anderson, Irene Williams and Jim Smethurst - sorry if I left anybody out! This would also be Corey Duvall's last year at Glen School as he moved across town - we would catch up with Corey again at BF Junior High.

If there are any members of the Prescott family out there please get in touch - there's so much we want to ask you!

Enjoy the photos below and please help with any names that are missing if you can! My sincere thanks to Artie Brierley and Ann Rimmer for supplying these classic photos! 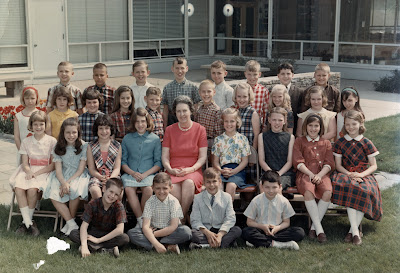 Above photo was taken in the courtyard of Glen School (behind us is the pond which had been turned into a garden - it used to have fish!) 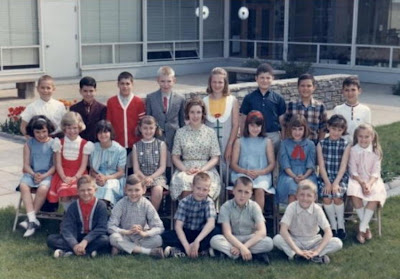 Above photo taken the same day - the second 4th grade class combined with 3rd grade too.

Posted by Rick Flannery at 5:51 PM