The New Kid in School!

Probably the one thing kids hate most about moving to a new town (or in some cases across town) is attending a new school. It can be an intimidating experience leaving you self conscious and unsure of yourself.

So for many kids, moving to a new school can be the hardest part of a move. Switching schools means making new friends, getting to know new teachers and figuring out how to deal with a whole new system.

When I was little I definitely did not want to be the "new" kid - you know, the kid that moves away, loses all their friends and goes to a new school. There were a few of us who were always there year after year - Gary Vukov, Karen Eide, Artie Brierley, Kara DeGraw, Linda Pursiano, Jill Neandross, Cara Worthington, Greg Rehe, Bruce Meneghin, Lisa Faeth, Carey Hoff and myself. Through the years at Glen School, some kids would move away (some just across town) and others would move in and become the "new" kid!

In our case, it was always exciting to see who was going to be the "new" kid in your class - usually the kids moved to the neighborhood in the summer so they could start school with the rest of us - it was obviously a lot easier. As far as we were concerned we wanted to know "Were they into baseball?" or "Were they cute?" (as in my case - I'm not alone!) It always worked out!

Sometimes though, the "new" kid would move to the neighborhood in the middle of the school year. "Class, this is.............." and the kid would cringe and hope they'd be accepted by his or her new peers as we all sat at our desks staring at them, wondering!

Katie Knight was one of those kids who came to Glen School in the middle of the year.

Katie recalls: "I actually went by Katie but then when I transferred in the middle of second grade from Ridge School (ironic, right?!) to Glen School into Mrs. Cook's class, I wanted to go by Katherine. That didn't last long, especially since my brothers insisted on still calling me Katie." 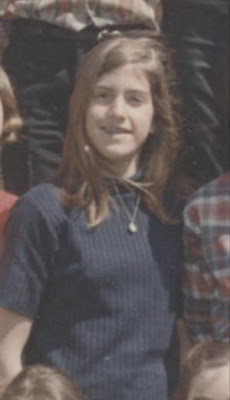 Above photo, Katie Knight (in 6th grade photo). Katie was already living in Ridgewood but moved to the neighborhood while in 2nd grade. She made an easy transition - there was no one who didn't like or have a crush on Katie Knight!

In fact, Katie did go through a stage that first year where she called herself "Katherine the Knight" - while she doesn't remember this, I have proof in a letter she wrote to my dad! Katie says, "I don't remember calling myself Katherine the Knight! Kind of embarassed about that one!" Soon though it was simply "Katie" all the time.

I wasn't alone but as a boy you secretly hoped the new kid was a girl - sorry Ken Merrill! We weren't disappointed - Knight, Daly, Rimmer, Perdue, Ward, Malley - it seemed there were more new girls than guys! Where the guys were concerned, it was always great if you had common interests like baseball and bike riding and baseball and fishing and baseball...........

Other "new" kids like Ann Rimmer moved to Ridgewood from Lexington, MA. Like most "new" kids she at least wanted to start the school year at the same time as the others but got sick right before the first day of school and started late.

Ann remembers: "I moved from Lexington, MA. I also remember I had bronchitis when we moved so I had to start the school year late which was really scary at the time!"

Ann would prove to be pretty cool - someone you immediately liked - you'd be caught under the Rimmer spell! She quickly became popular and beat out equally popular Gary Vukov for class president in the 5th grade! 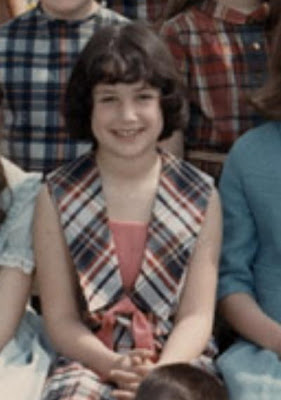 Ken Merrill was a "new" kid in 2nd grade. He recalls: "Mrs. Cook was my first teacher that I rembered teaching me at elementary school."

Nancy Cook and Pat DiLauro (aka Mercer) were the 2nd grade teachers that year. Ken adapted quickly to life at Glen School and remembers times there as great fun and made some of his happiest memories there. 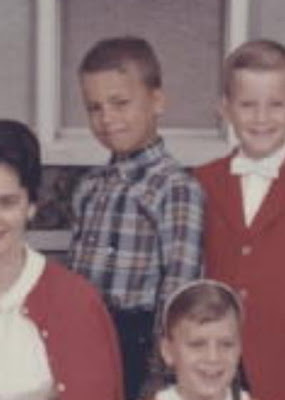 Above photo, a young Ken Merrill in a 3rd grade photo. Next to Ken in the bow tie is David Stanley-Brown.

All in all the "new" kid experience turned out great for everybody! You realized that there were other kids out there from other towns, other states. You hated it when they moved away though.

You also developed new crushes on girls - I had a lot of crushes. "Mom a girl named Beth Perdue came to school today - she is cute!" I had a crush on Ann - I even gave her a ton of my baseball cards (now that's serious!) - she had them up until the time her parents moved! I didn't give my cards to just anyone!

Looking over our class photos you can see that there were more "new" kids than us originals (K-6). As for myself, being younger, I'm not sure I would have enjoyed the experience of being a "new" kid - you always want to be accepted, be liked by your peers but when you're little being "new" can be pretty intimidating.
Posted by Rick Flannery at 7:36 AM