This is the place for camp photos, field trip photos, neighborhood photos, birthdays, etc. You can always check back for updates! 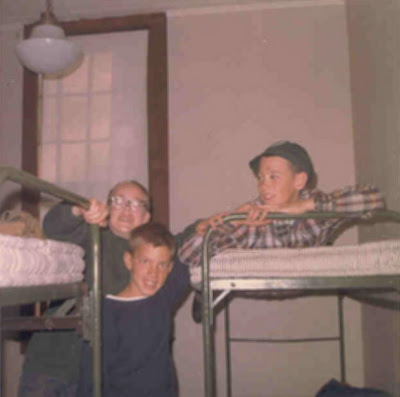 A picture of me when I played baseball for Marsh & Groat (coached by Betsy Kline's dad). This was taken in the Meneghin's backyard. 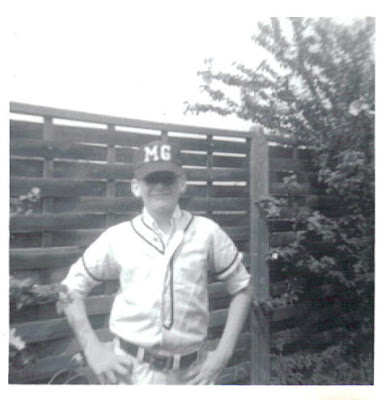 Here's a picture of Bruce Meneghin when he and I played baseball for the Ridgewood Elks Club. This was taken in my backyard. 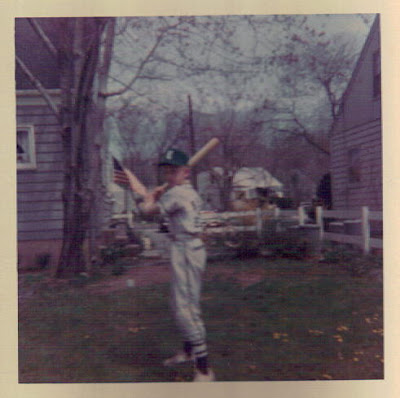 John F. Kennedy died when we were in 3rd grade. My class (Miss Beattie) actually performed a variety show (songs, poetry, stories) at Seton Hall and it was broadcast at the exact same time that JFK was shot! The following Spring, Melanie Teasley, me, Bruce Meneghin, Mark Meneghin, Cindy Pomeroy and Marianne Pomeroy held a neighborhood fair to raise money for the JFK library. We raised $5.35! (but everything was 5-10 cents!) I still have the thank you note from Jackie Kennedy (sent to all that donated). The fair was in my front yard. Note the RBA baseball shirt! Also pictured here are my mom, Marianne Pomeroy, Mark Meneghin, Brian Meneghin and Kent Meneghin. Cindy is standing behind Melanie! 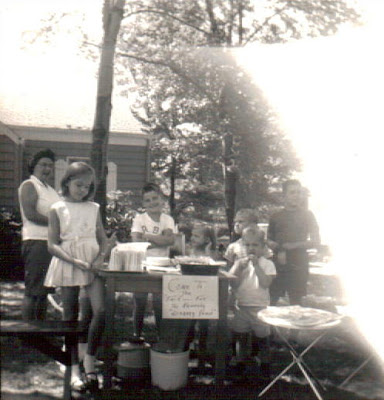 Below is the thank you note Jackie Kennedy had sent for the donation we made. 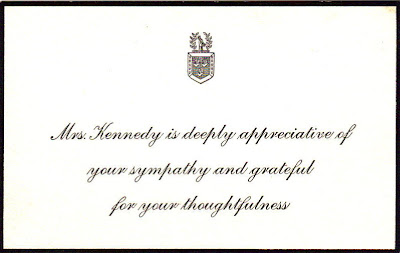 The art of fishing with Bruce Meneghin. I had gone camping with the Meneghin's - I don't recall where it was though. Bruce help me out! 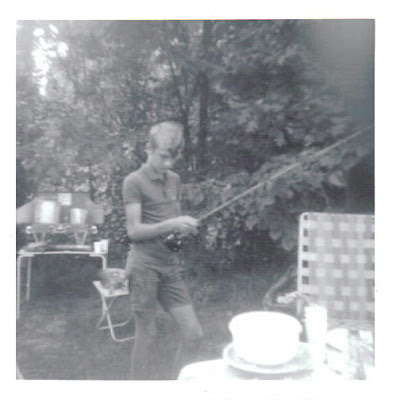 Below is a picture of Greg Rehe on our 3rd grade field trip to the Museum Village. Greg's the one on the left. 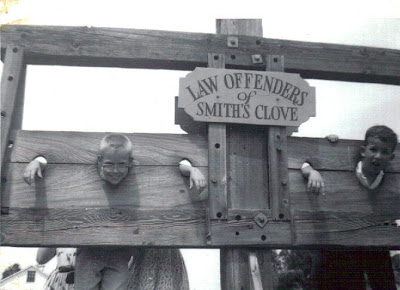 Below is a picture of Beth Perdue not to be outdone by Greg Rehe! Beth always had the best smile! 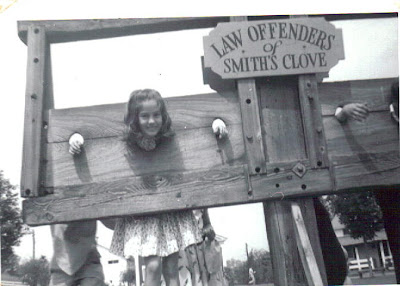 Circus Day! From l to r: Randy Sharp, Kent Meneghin, Jimmy O'Brien, Ricky Flannery and Bruce Meneghin. This was on the Meneghin's front steps just before we left to see the circus. 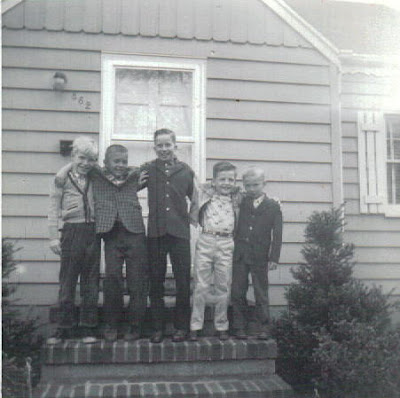 This was Halloween - possibly 1965. Front Row: Marianne Pomeroy, Cindy Pomeroy, Brian Meneghin. Back Row: Ricky Flannery, Mark Meneghin. In 1963 I couldn't trick or treat cause I had the mumps - Bruce Meneghin took an extra bag around and collected candy for me - trick or treating with Cindy was a treat! 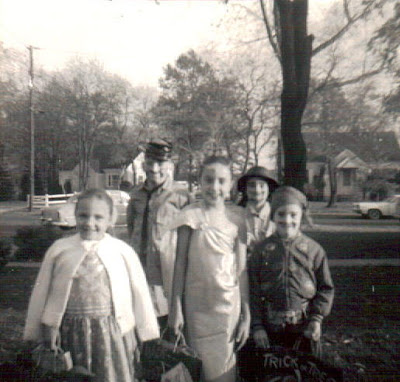 The picture below shows Andy Wright (Glen School Class of 1974) - formerly of Salem Lane when he played in the Tiny Tim division of the Ridgewood Baseball Association. (Salem Lane is the street right behind where we played kickball). 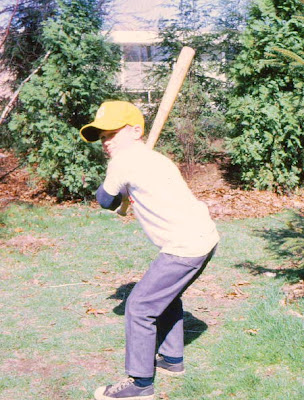 Not to be outdone by Mr. Wright the photo below shows me after practice in the Spring of 1963. That was my first year in Tiny Tim (RBA). That was our batting helmet - can you believe that? Not a lot of protection there! 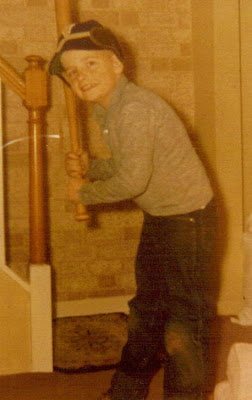 Couldn't resist this one! Below is a picture of Chic Voorhis and Michelle Miller at RHS circa 1973! Michelle and Chic were later married! 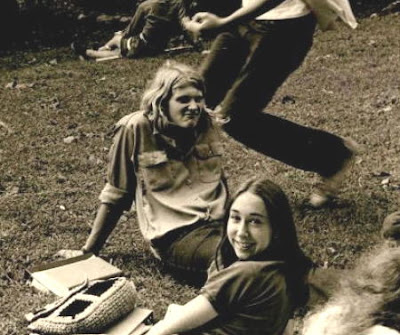 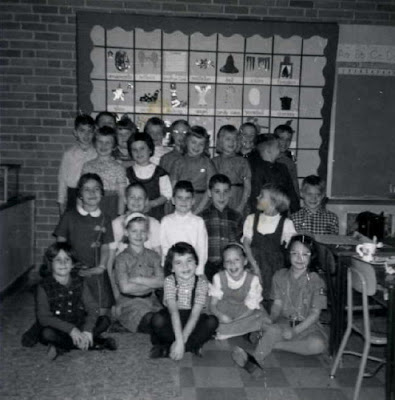 Below is Glen School Class of 1969 3rd grade after they made some puppets! Cindy Pomeroy is in the lower right of photo (as you're looking at it)! Barbara Demick in front too? 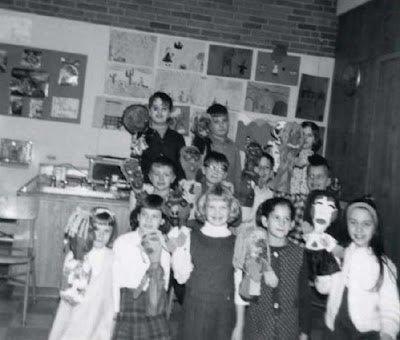 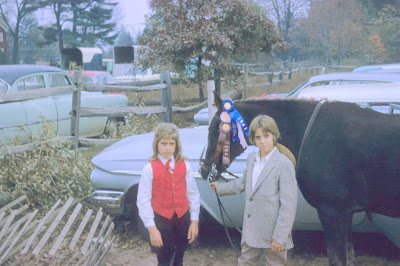 The above photo shows (from l to r) Katie Knight and Robin Smith with Snooty McGee. Photo is circa 1962-63. Photo is courtesy of Hank Henckler. 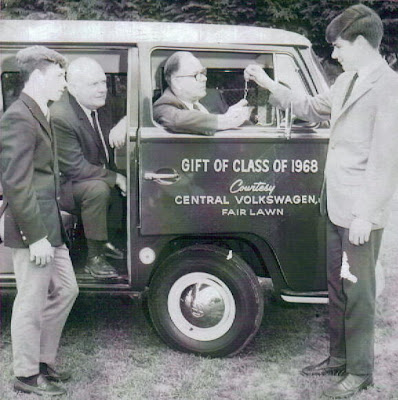 The above photo includes Robin Smith's brother "Duffy" (Donald) who was senior class president at RHS in 1968. He is shown turning over the keys to a brand new Volkswagen van that would be used to transport small sports teams - a parting gift from the Class of 1968. Shown with him on the far left is John Bowe (Chris' brother - Chris was my Class of '73). Wow did we give a gift like that? Two great educators are accepting the gift - John McCutcheon (whom I loved!) and William Leach our principal. 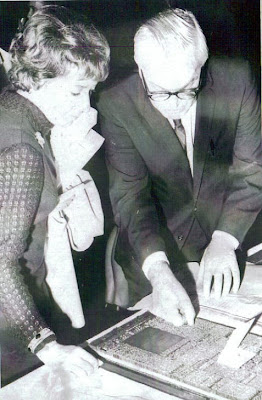 The original caption for this photo reads: "The ability to read type backwards helps," regional editor Russell Stewart explains as he shows Mrs James Rudy of the Glen School PTA how a page is made up. (Appeared in newspaper October 4, 1967) Mrs Rudy is Jennifer Rudy's mom! 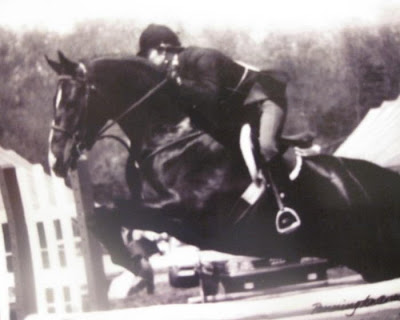 Above is photo of Penny Ward riding her sister Jackie's horse "Winslow" in Farmington CT. 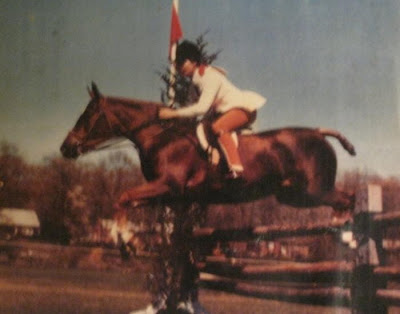 Above photo shows Penny Ward riding "Belle Acres Fawn" to a championship in 1973 at Farmington CT. Her sister Jackie was no slouch either! 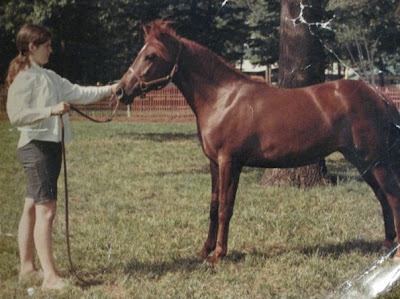 Above is Lorraine Ward with "Belle Acres Star" aka "April" - another Ward champion horse! The Ward's had a great piece of property where we all went swimming and petted the horses. The farm was known as "Tall Pines Farm". 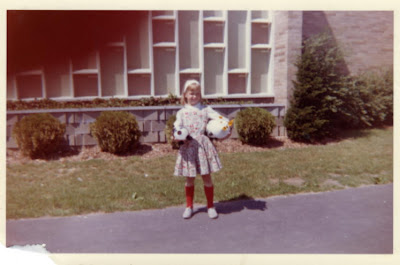 Karen Eide outside the gym with her Clorox bottle pig! We all made them and Katie Knight caught this one on camera one afternoon afterschool! Thanks to Katie for supplying the photo!
Posted by Rick Flannery at 12:30 PM