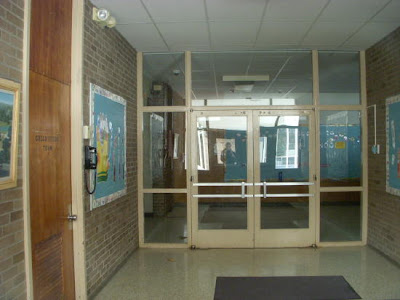 Remember Mr. McFall? His first name was George and he was our school custodian and one of the most memorable people at Glen School. He was a pleasure to know - I remember him like it was yesterday! Seeing George when you got to school completed your day! The Class of 1969 was fortunate enough to have a reunion in 2000 that included Bill Montick (6th grade teacher) and Mr. McFall. The pictures included here are from that reunion and are courtesy of Margaret Silvers. Maybe you'll recognize some of the other names.

Margaret Silvers-Myatt recalls through Mr. Montick that when Mr. McFall received his paychecks, he always changed into non-custodial clothes to go to the bank. He was an extremely proud man - a man of great class.
As Bill Montick says, George McFall treated Glen School like it was his own. He took great pride in raising and lowering the flag outside the front of the building. Bill also recalls that on some lunch hours, Bill and Paul Harrison (the other 6th grade teacher) would race to Mr. McFall's office and play pinochle with him!
Margaret Silvers-Myatt remembers that in 1st grade someone had locked her bicycle to the bike rack - Mr. McFall as always saved the day by hack-sawing the lock off. Margaret also got herself into a spitting fight one time with Doug Terhune, Scott Yates and Bryan Kreuger - all 4 were sent to the office but when Mr. McFall saw them he said: "Three boys against one girl?" and Mr. Linden (our principal) let Margaret off!
Andy Wright - Glen Class of 1974 - recalls like so many of us do - climbing to the roof of the gym looking for baseballs, frisbees and kicking pebbles around - Mr. McFall would come and chase him down and Andy would make his way back to the low part near the courtyard and slide down one of the poles "like Batman"! Mr. McFall also chased Andy when he shot off packs of firecrackers too!
Cynthia Wagner-Boseski remembers Mr. McFall bringing his entire family to our concerts in the auditorium.
Mr. McFall will always be remembered as an amazingly unselfish man who cared for Barbara Demick's father Gene when he took ill.
Chic Voorhis told me recently that during Miss Beattie's 3rd grade class Chic had upset her so that she not only sent him out to the hall but slammed the door so hard that it got stuck! Before long Miss Beattie was pleading with Chic to go get Mr. McFall to unjam the door!

Beth Daly recently told me that when Mr. McFall passed away on May 10, 2006, she attended his wake at Van Emburgh Funeral Home in Ridgewood. She recalls that his family approached her, curious to find out who she was. Once she told how it was that she knew George McFall, she relayed to them how kind-hearted he was and how his bow tie was always straight and his uniform perfectly pressed and how he truly cared for the kids as much as the school.
She also told his family how just his presence alone commanded respect. Beth added the memory of George McFall raising and lowering the flag every school day and the help he gave us kids with stuck zippers, getting sick & helping us look for lost items.
We'll never forget Mr. McFall and what he meant to all of us! 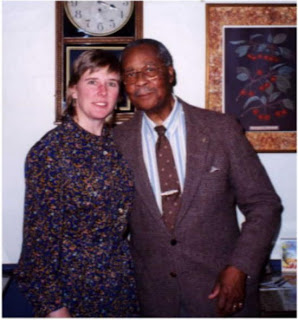 Pictured above with Mr. McFall is Margaret Silvers who along with members of her Class of 1969 spearheaded the reunion. 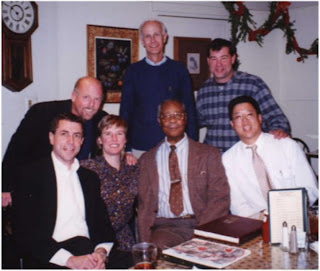 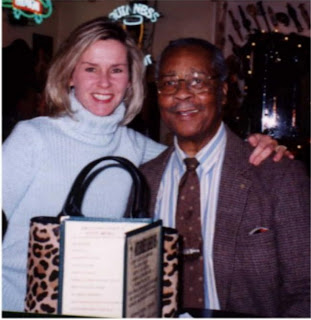 Pictured above is Sue Crowe (Wilson) with Mr. McFall. 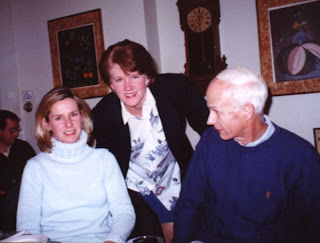