The blogosphere - there are so many blogs out there - some for politics, some to talk about one's interests. Then there's this kind! I'm not saying this is the best kind but I started this almost 3 years ago and never expected much from it but selfishly it has brought a lot to me. I mean imagine my excitement when my first grade teacher - Pat Mercer emailed me back in early 2009 and said "This is Pat Mercer" - whoa!

Well the good things keep coming! This next story is one of those you wouldn't think would happen but hoped would. It's an update to an earlier story about our first grade class - you can find the original story  about our class using the search box on this blog.

Grace Hensley - born Grace Mulligan - she probably would've given anything to be a teacher but for one school year - Glen School 1961-62 - she was just that! She was my first grade teacher's right hand that year.

You have to understand our first grade class was huge - 32 kids in all and Pat needed help! Well as luck would have it this was the year Grace - age 50 - was looking to go back to work and applied at the Ridgewood, NJ Board of Education. They immediately sent her to Glen School. 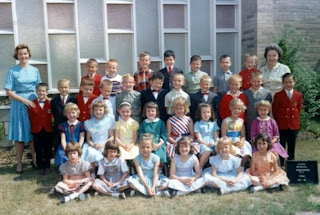 Above is our first grade class - Pat Mercer is on the left and Grace Hensley on the right! 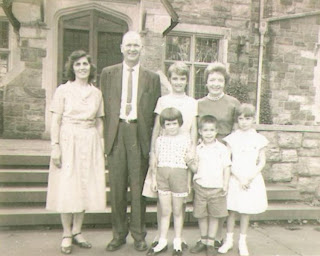 I regretted not having enough information about Grace and as with other favorite Glen School teachers who have since passed away - I always hope a family member will Google their mom's name and find the blog and that's exactly what Grace's daughter Kathy did!

With the help of Kathy, here is a wonderful and heartbreaking update to the Grace Hensley story.

Grace Hensley was born and raised in Jersey City, NJ and graduated from Dickinson High School. Grace always had fun telling everyone that she attended school with Frank Sinatra - which she did, though Sinatra was younger. 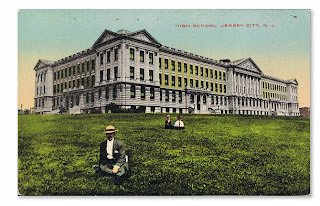 Above is Dickinson High School in Jersey City, NJ as it appeared shortly after it was built - this is where Grace graduated. A truly impressive building. 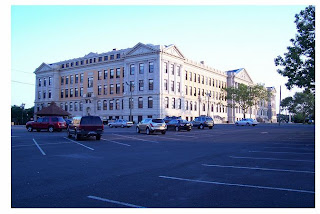 Above is Dickinson High School as it appears today - gone are the rolling grassy slopes and in it's place - parking lots of course!

Grace met her husband Raleigh at an Uncle's house and they were married in 1943. Raleigh was from Kentucky and was in the Army at the time. He was stationed in Paramus, NJ (he manned a searchlight for an anti-aircarft group - yes in Paramus, NJ!) 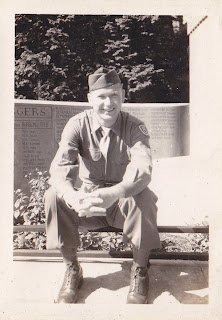 Above is Raleigh Hensley in the Army.

Upon getting married, Raleigh was shipped off to Europe where he served in the war.

As a young wife, Grace came to love interior decorating - much to Raleigh's dismay. At least he got to paint - but then Grace started hanging wallpaper (which she was quite good at!)

Grace also loved to cook and entertain family and friends - she loved her family more than anything.

Grace and Raleigh would settle into domestic life and had 2 daughters - Jane born in Jersey City, NJ in 1948 and Kathy born in Ridgewood in 1952.

The Hensley's would reside in Jersey City (Grace's hometown)  for a while after Raleigh's return from the war until Raleigh was discharged from the army.

The Hensley's would move to Ridgewood, NJ in 1950 and bought 108 Circle Avenue! Can you imagine the cost of that house in 1950? $9,000!!!! It's just crazy what our folks paid for their homes in those days! Anyway, Grace and Raleigh truly made this home their own and Kathy recently took a picture of it when passing through during her reunion weekend in 2010.

Kathy's own 2 children would be born in Ridgewood as well despite the long trip from Vernon, NJ which is where they lived!

About being assigned as a teacher's assistant Kathy's says of her mom: 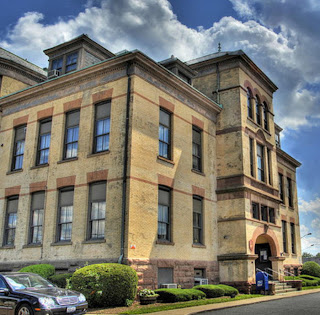 Above is the Ridgewood, NJ Board of Education offices where Grace worked from 1962-1977. The 1961-62 school year would be the only one that Grace would be in a classroom, but she would remain with the Board of Education in Ridgewood as a secretary until her retirement in December 1977 when she and  her husband Raleigh left Ridgewood for Hamburg, NJ. 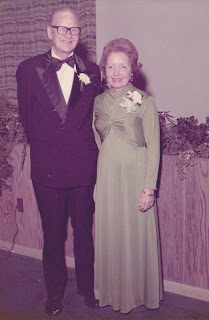 Above Raleigh and Grace Hensley.

After she moved away from Ridgewood, Grace kept in touch with the many friends from work - she truly missed working there.

Kathy also says: "What she did miss the very most was being in your class and working with Pat."

At the age of 9, Kathy remembers her mom talking about our first grade class - telling stories about us painting with straws and Pat Mercer's classic, funny ways to get us to remember things like the order of the planets! Pat's way always made Grace smile and laugh - she loved it!

Pat and Grace got along incredibly well and Grace would often refer to Pat as her "third daughter".

At the end of our first grade school year, Pat married Rennie DiLauro. Kathy remembers this about Pat's wedding:

"I remember at the end of the school year when Pat & Rennie got married and my parents went down to Margate (NJ) for the wedding. I don't remember my mom ever looking forward to a wedding as much as Pat & Rennie's!"

Kathy also recalls Grace - having returned to the Board of Education - hearing about Bruce Cuneen's passing (he was a young boy in my class who was sick and passed away at a very young age) and the untimely passing of our principal Art Linden and his wife Mary and how sad she was about it.

Kathy fondly remembers babysitting for 2 of Pat's 3 kids - Joanne and John when the DiLauro's lived on Spring Avenue in Ridgewood.

After Grace and Raleigh retired they enjoyed their 6 grandchildren - daughter Jane would have 4 children and Kathy had 2 - Taryn and Patrick. It truly breaks my heart to write that Kathy's beautiful daughter Taryn was killed in a drunk driver accident in 2004. I just don't have the words Kathy................Grace too would pass away in 2004 and Kathy took comfort in knowing that her mom never knew about her granddaughter's accident. 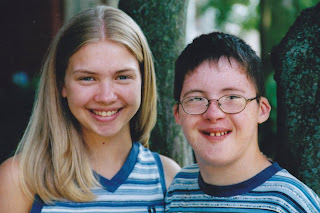 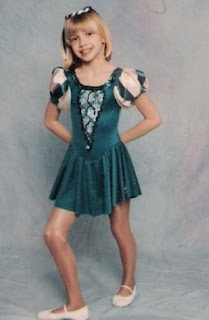 Grace was 92 years old when she passed away. Grace & Raleigh were able to celebrate 53 years of marriage together. Kathy and her sister Jane are graduates of Ridgewood High Scool - Jane was Class of 1965 and Kathy Class of 1970. 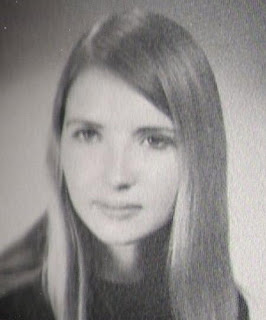 Above: a stunning Kathy Hensley - Ridgewood High School yearbook photo - 1970. How many yearbooks did she sign!

I am very grateful to you Kathy for going out of your way to contact me. Kathy recently got together with our first grade teacher Pat DiLauro. I hope you can crash one of our reunions!

Grace Hensley contributed so much to our first grade class and the combination of her and Pat as a team are a major reason why that class is so memorable. 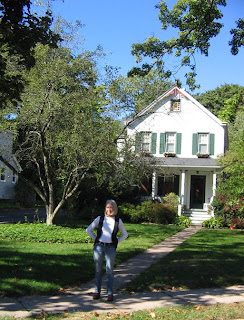