1963 - when we started school that year in Miss Beattie's class, little did we know that we would experience 2 of the most historical moments of the 20th century as a class - one of them sad and one happy and musically historic - the assassination of John F. Kennedy and the arrival of The Beatles!

Our teacher - Amy Beattie - grew up in Warwick, NY just over the New Jersey border. She attended Miss Hall's School in Pittsfield, MA and earned her teaching degree from Elmira College. 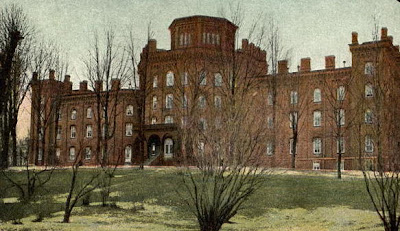 Above is an early view of Cowles Hall at Elmira College, NY.

After graduating in 1961, she was hired by the Ridgewood Public Schools System in the Fall of the 1961-62 school year at Glen School for a whopping salary of $4,800!

While all of us went home for lunch, Amy recalls getting invited to some students homes for lunch! Usually teachers would have their lunch in the faculty room. Sometimes they would play bridge but she also remembers a lot of cigarette smoking!

Her memories of our principal Arthur Linden are what you would expect - wonderful! She says he was a wonderful man to work for and she has a special place in her heart because he was her first principal. Looking back she remembers that when her mom passed away suddenly during our school year, he was very kind to her, came to her mom's service and arranged for Pat Di Lauro (Miss Mercer) to come to the service as well (Pat and Amy shared an apartment together at the time).

Everyone has a memory of Mr. McFall and one of hers is that he took care of the school supplies and was very frugal about giving extra pencils and such when you used them up too fast!

Amy also recalls that she and Pat Mercer (Di Lauro) had talked about how memorable the space flight of John Glenn was! The space age was such an exciting period and we were all so impressed with each new mission! Of course once we landed on the moon, we sadly weren't impressed with much after that!

She remembers Glen School as a very special place - cut off as it was from the main part of Ridgewood. She says that it always seemed like it was a close, tightly-knit neighborhood where we as kids all got along together as did our parents. 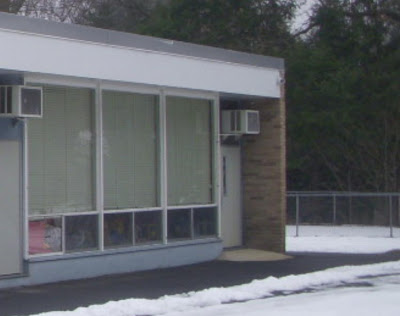 Above is the outside of our 3rd grade classroom. The door opened out to the playground. Of course we didn't have the luxury of air-conditioners - when it was hot we simply opened the windows!

For Amy Back-To-School night - particularly her first year - was nerve-wracking. Unlike today, ALL of our parents went to Back-To-School night. It was a time for us to clean our desks, post our latest artwork and leave out special books, papers and a note for our folks. We all looked forward to finding a reply from mom & dad the next morning! Her first year, Amy had written the daily schedule on the blackboard and she misspelled the word "alphabetize". When one of the parents called her on it - she was mortified!

For us of course, this class will always be remembered for the death of JFK and the coming of The Beatles! The range of emotions from these 2 events would go from the lowest to the highest level in 2 short months.

On November 21, 1963, our two 3rd grade classes led by Miss Beattie and Miss Trantum (Jones), went on a field trip to Seton Hall University to record a variety program that was to be broadcast on the radio the very next day. We were also joined by Mr. Linden. (Please refer to the archive on this blog for a more detailed look at this field trip). Well, the next day of course was November 22 and as we all anxiously waited to hear ourselves on the radio, the broadcast was suddenly interrupted with news of JFK's death. We didn't hear the news reports but were abruptly sent home where we all found out the terrible news. 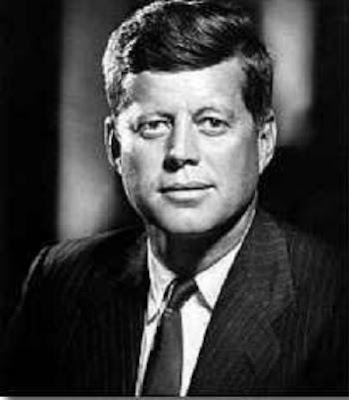 Here is Amy's recollection of that day:

"It is a day I will never forget! I think Mr. Petrik had made the arrangements for the recording. I wish I could remember more of what it contained. I think it was based around It’s Raining by Peter, Paul and Mary with poem, songs etc. by the class. Anyhow we all were gathered around to hear it at about noon on the 22nd when Mr. L. came in and called me out into the hall and told me the President had been shot and obviously the program wouldn’t air. We were also told to send you all home but not to tell you why. As I think about it now I’m not sure that was the right thing to do but it was what I was told to do so that’s what I did…."

Christmas would come and then in early February, 1964 The Beatles arrived in America and we all watched their first appearance on the Ed Sullivan show! Many of us bought everything Beatles and along with baseball cards we also traded Beatles cards! It's funny how you remember specific things. I recall running home for lunch that spring so that I would get home in time to hear my favorite Beatles song "She Loves You" which was played on the radio at exactly noon every day for like 3 weeks! 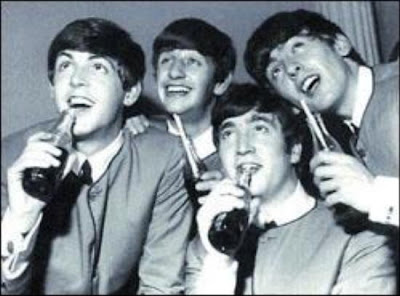 At the end of her last year at Glen School (1964-65), Amy married Carl Carvell - a Ridgewood High School graduate (RHS 1954). For her last year, Amy taught 6th grade and got to experience 6th grade camp at Camp Green / Cooper Union in Ringwood.

Amy and her husband Carl moved to Hartford, CT shortly after leaving Glen School and reside there to this day.

She taught one more year in Bloomfield, CT before taking off several years from teaching to raise 3 children and finally returned to teaching nursery school for about another 20 years or so before retiring. She is also a big UConn Huskies fan and attends games when she can.

Asked about what she takes away from her career as a teacher, she says she feels great pride when she meets with her former students. She recently attended a church service where about 20 kids were making their confirmation - she realized that she had taught 5 of those children and it made her feel wonderful to watch these young people that she had a hand in molding!

We loved your class Amy - it is forever in our memories of course because of the events that surrounded it but your skill as a teacher was always aparrent and appreciated by many of us.

Of course, there was this one time when Ken Merrill (Miss Trantum's class), me and whoever else were still outside after the bell rang. We were just around the corner, flipping baseball cards against the wall when Mr. Linden came outside, scolded us and took our cards away - I never got mine back! Hope I didn't lose too many good cards! A lot of wonderful memories in that class! 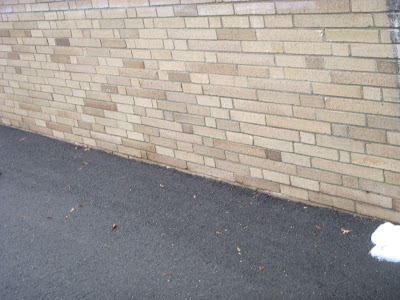 Above is the wall where we always "flipped" our baseball cards. Closest to the wall won 'em all! Leaners were a killer! This is where Mr. Linden came upon us after the bell and took our cards!

"We thought she was so cool, young and pretty - she was probably like 24!"

She was indeed a classic Glen School teacher!

Thanks to Miss Beattie herself for supplying the class photo! The day it was taken was a cub scout den meeting day (we always wore our uniforms on meeting days!) My thanks to Beth Perdue, Mrs. Perdue and Cara Worthington for having Pat Mercer (Pat Mercer-Di Lauro) get in touch with me which led to the above story about Amy Beattie-Carvell. Cara Worthington - where are you!?

Don't forget to check the archive to the right for the other 3rd grade class and photo - which was Miss Trantum's (Mrs. Jones) class.

This photo is classic Glen School! 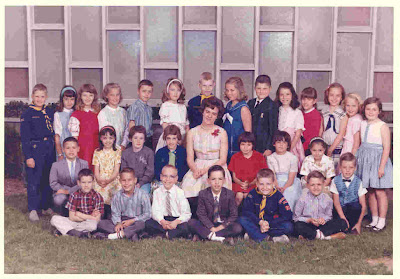 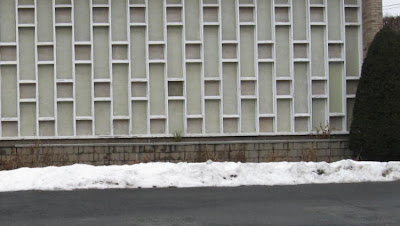