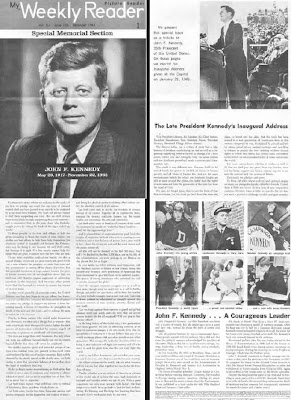 Remember "My Weekly Reader"? I remember always looking forward to the latest issue because it was our way of getting current events.
Through this fun child's news source we read about the space program, politics, sports and more. The hope with these weekly publications was that we would read them and then discuss what we read about in class.
The idea for "My Weekly Reader" goes as far back as 1927. It was developed by Eleanor Murdoch Johnson while she was the director of elementary schools in York, PA. 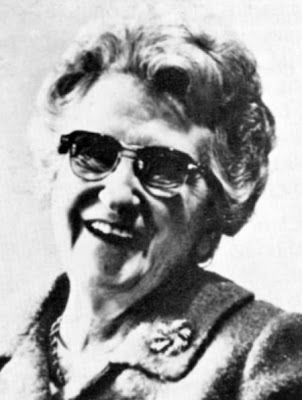 As she herself would later say, the idea came to her because kids were always reading about myth and fantasy - which she had no objection to - but she felt that children also needed to know what was going on around them. She proposed the idea for such a publication to the president of American Education Publications which was already doing a newspaper for high school students. He agreed with her idea and the very first issue of My Weekly Reader was published in late 1928 with a cover story about Herbert Hoover and Alfred E. Smith who were running for president in 1928. 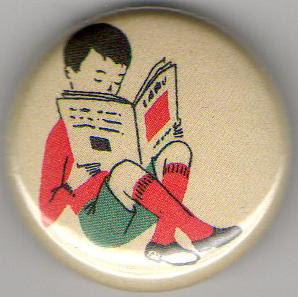 Above is a replica Weekly Reader pin.

As she would later say, "I wasn't quite sure 'My Weekly Reader' would make a go of it, whether it would succeed. However, the American Education Press sent editors on weekends, and I trained them and helped to write 'My Weekly Reader' until 1934 when I went with them permanently as their editor-in-chief."
Circulation ran to 100,000 the very first year and grew to a high of over 13 million by the late 1960's and 1970's.
Eleanor Johnson was born December 10, 1892 - a farmer's daughter. Miss Johnson who stood about 4 feet 10" tall - served as My Weekly Reader's editor-in-chief until 1971 and afterwards continued as a consultant until 1978 when she turned 85!
In her lifetime, she co-authored 4 books and wrote more than 50 workbooks in arithmetic, reading and geography. She also wrote numerous articles and was an active public speaker. She passed away in 1987 at the age of 94.
"I spent every spare moment I had at night keeping up with the very best magazines," Johnson said, "and I was in touch with the universities where I worked and the research that was going on there. Without this background, I could have never conceived of 'My Weekly Reader' and brought it into being"
Posted by Rick Flannery at 1:15 PM